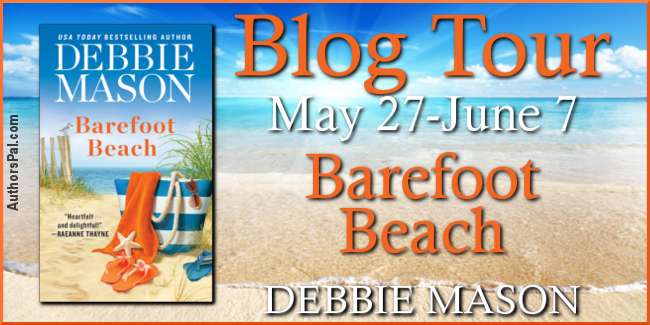 Debbie Mason is the USA Today and Publishers Weekly bestselling author of the Christmas, Colorado series and the Harmony Harbor series. The first book in her Christmas, Colorado series, “The Trouble with Christmas,” was the inspiration for Hallmark’s “Welcome to Christmas.” Her books have been praised by RT Book Reviews for their “likable characters, clever dialogue, and juicy plots.” When Debbie isn’t writing, she enjoys spending time with her family in Ottawa, Canada.
Connect: Site | Facebook | Twitter | Goodreads 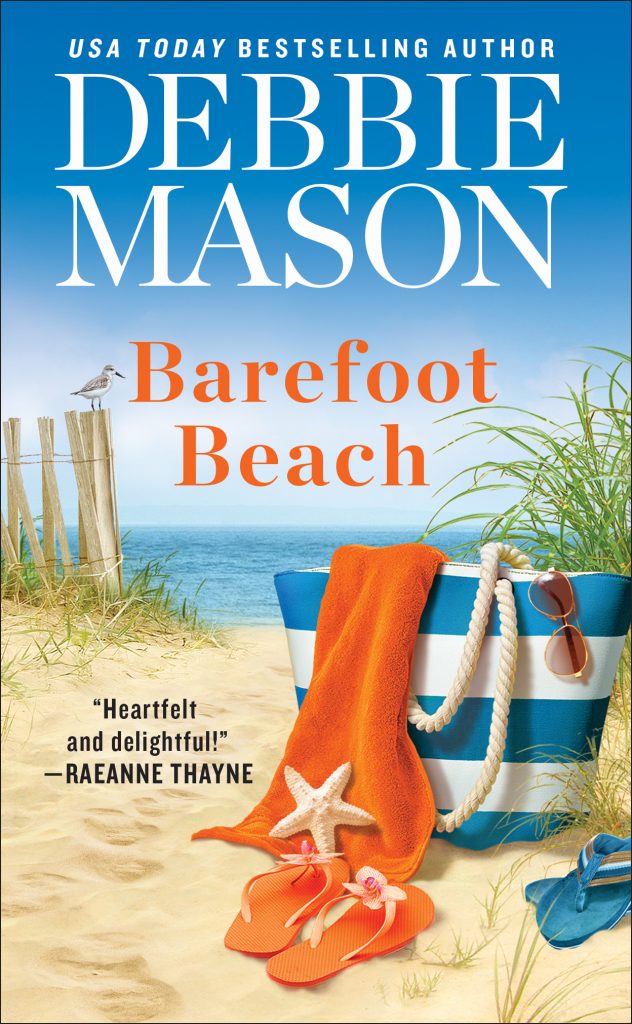 Can a summer of love make up for a lifetime of secrets?
Wedding fever has taken over Harmony Harbor this summer, and the local matchmakers have set their sights on Theia Lawson, a former navy pilot who’s in town for a stay at Greystone Manor. And while Theia’s got her reasons to put this small town behind her as fast as she can, there’s a certain tall, dark, and irresistible man that she can’t seem to get off her mind.
Firefighter Marco DiRossi wants to beat the matchmakers at their own game so he conspires with Theia to pretend they’ve already fallen in love. It’s only for the summer. What could go wrong? Yet as the beach season draws to a close, Marco and Theia find their pretend relationship has led to very real attraction. But when a secret from the past is revealed, jeopardizing everything they hold dear, can this unlikely couple find their way to a happily-ever-after?
Purchase: Amazon | Barnes & Noble | AppleBooks | Google | Kobo

“Your hair is all clumped together with blood, so it’s hard to tell if you have bangs. If

you don’t, a wispy side bang would look great on you and hide the scar.” The twentysomething paramedic gave Theia a commiserating smile. “It never fails, does it? You always meet the

Theia frowned. “What do you mean?”

“Um, you’re all bloody, and your hair is kind of matted and stuck to your face. Plus, you have no makeup on, and your white shirt and black pants aren’t all that flattering, you know.”

“I’m a pilot. This is my uniform. It’s not supposed to be flattering. It’s also wet. And I don’t wear makeup.” She’d tried once, but her cousins had teased her mercilessly.

“That’s cool, you being a pilot and all.” She sighed. “I wish I could have been you for five minutes. Not when you were actually flying, of course. Just when Marco carried you from the plane.” She fanned her face with the hand that held the needle. “He’s so hot. And he’s—”

The paramedic jerked back. “What? No, he’s not. He’s, like, a hero. He’s amazing. Everyone loves him.”

“Because he’s a great guy. He’d do anything for anybody. And, well, like I said, he’s totally hot. Anyone with two eyes in their head can see that.”

Okay, so admittedly the guy wasn’t hard to look at. He had the whole tall, dark, and handsome thing going on with his thick, wavy hair and masculine, chiseled jaw. But so what? The world was full of good-looking guys. She’d worked with a bunch of them. Not that she’d share that with the head of his fan club.

“Looks aren’t everything. Being good at what you do is what really counts, and he isn’t,” Theia said.

“Wow. I can’t believe you just said that about a man who risked his life to save you. Who ran into danger instead of away from it. For you.”

“It’s his job. And the only danger I was in was because of him. I nearly drowned. If he had evaluated the situation before coming in water blasting, he would have seen I had it under control.” She was eighty percent certain she would have if she’d had two minutes to evaluate the situation herself.

“Just FYI, HHFD was told there was an out-of-control electrical fire onboard and they had seconds to act before the plane exploded. They were also told the plane had been evacuated. Marco’s an experienced firefighter and a total pro. He had an equipment malfunction.”

“Maybe you shouldn’t make disparaging comments about someone before you know the facts.” She leaned toward Theia with the needle poised. She didn’t look so friendly anymore.

Theia leaned back and put up her hand. “You know what? I’ll take care of it myself.”