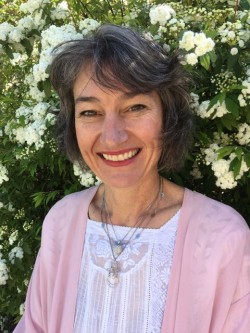 Amanda Ashby was born in Australia but now lives in New Zealand where she writes romance, young adult and middle grade books. She also works in a library, owns far too many vintage tablecloths and likes to delight her family by constantly rearranging the furniture.

She has a degree in English and Journalism from the University of Queensland and is married with two children. Her debut book was nominated for a Romantic Times Reviewers Choice award, and her first young adult book was listed by the New York Public Libraryʼs Stuff for the Teen Age. Because she’s mysterious she also writes middle grade books under the name, Catherine Holt and hopes that all this writing won’t interfere with her Netflix schedule. 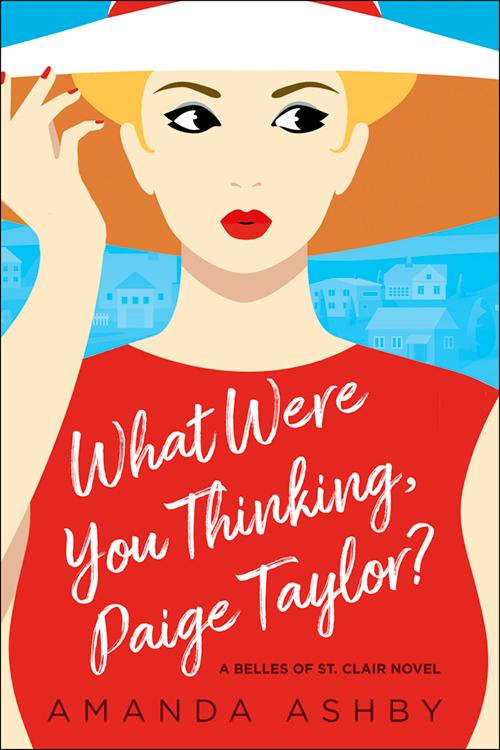 After her carefully ordered world imploded, Paige Taylor cracks up. On her tenth self-help book, it seemed like a good idea at the time to reinvent herself––move from Manhattan to the tiny beachside town of St. Clair––and take over the local bookstore.
But instead of discovering her spiritual Nirvana, she’s neck-deep in a floundering business, the locals treat her like a plague victim, and her mom’s suddenly decided to visit––with no end in sight––and keeps coming home with one surprise after the next.
Added to that pot of crazy, the one guy who sets her pulse racing has sworn off women forever. He’s got a Samsonite filled with baggage, but damn he looks good hauling it down the street. And giving her those sexy half-smiles. And tempting her to take him for a test ride.
Soon Paige discovers that reinventing herself takes more than just a change of address and a pithy quote on Instagram. She needs to face the truth about her life, and that’s something she can’t do alone.
Purchase: Amazon | Barnes & Noble | AppleBooks | Kobo

Julie Particka was told to get serious about her future in Junior High. Several years after getting a bachelor’s degree in chemistry, she realized being serious was over-rated and went back to her first love–writing. Now rather than spending her days in the drudgery of the lab or teaching science to high school students, she disappears into worlds of her own creation where monsters sometimes roam, but true love still conquers all.

She can most often be located in the Detroit area with her favorite minions (the ones who know her as Mom) where she is currently hatching a plot for world domination. It involves cookies for everyone, so she’s pretty sure there’s no way it can fail…except the minions keep eating the cookies. 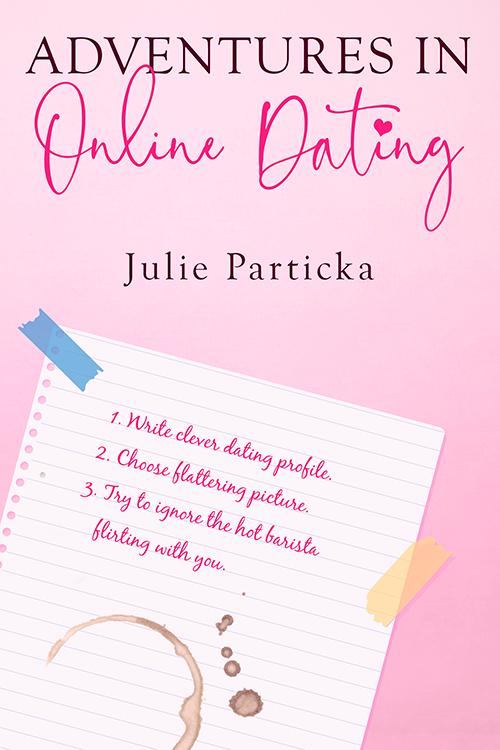 For Alexa McIntyre, the answer to everything comes down to numbers. Three sons. One divorce. One great life…except her boys are getting older and they really need a man around. Enter the number twenty, as in after twenty minutes with someone she knows whether or not she wants them in her life. So, she hatches a plan to meet any man who remotely strikes her interest—for a twenty-minute date at her favorite coffee shop. It’s the perfect way to find her perfect match in the most efficient way possible.
Too bad coffee shop owner Marshall Calloway isn’t keen on her using his shop as her speed-dating zone, especially since she’s made it clear he’s too young to be a contender. But against her better judgement, Alexa finds herself drawn to Marshall in ways she can’t quantify. There’s no easy answer, and once the kids become involved, her well-ordered world threatens to fall apart—twenty minutes at a time.
Purchase: Amazon | Barnes & Noble | AppleBooks | Kobo

Natasha Moore fell in love with the written word as soon as she could read. She’s the author of more than twenty romances, and believes that stories of love and hope are important. Love can happen at any age and she often writes about vibrant and passionate characters finding love later in life. She’s a snowbird, spending the winters in sunny Florida, and the rest of the year in beautiful western New York with her real life hero who is happy to tell everyone that he’s her inspiration.
Connect: Site | Facebook | Twitter | Goodreads 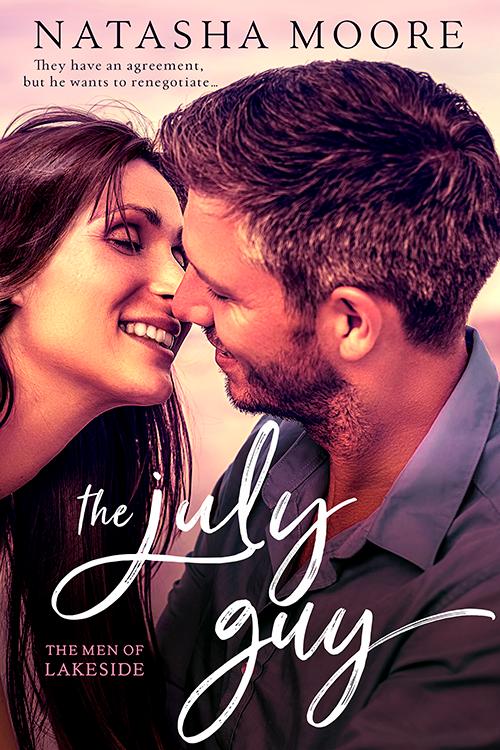 Art professor Anita Delgado spends eleven months of the year working. July is her month to cut loose, paint, and pick a guy to make the summer memorable. But this year she isn’t in a tropical location with an exotic man like she’d planned. She’s stuck in small-town USA dealing with a lake house she doesn’t want, inherited from a grandmother she never knew. A summer fling might be the only thing to get her through the next few weeks.
Salvage specialist Noah Colburn is running for mayor. If he doesn’t, an absolute idiot is going to ruin his beloved town. So he’s stepping up. It’s what he does—with his teenage daughters, with the family business, and now with Lakeside. But when the newest resident of the town asks him to renovate her grandmother’s house—and have a four-week fling —he’s tempted. Tempted to step out of the mold and take just one thing for himself. But the gossip mill in the town is notorious.
Anita’s learning it’s hard to have a fling when the town follows your every move, and it’s even harder when the July guy makes it clear one month is never going to be enough…
Purchase: Amazon | Barnes & Noble | AppleBooks | Kobo

Julie Hammerle writes young adult novels that focus on nerds, geeks, and basket cases falling in love. On the YA side, she is the author of The Sound of Us (Entangled TEEN, 2016) and the North Pole romance series (Entangled Crush, 2017). For adult romances, look for Knocked-Up Cinderella in the fall of 2018. A graduate of Butler University with degrees in secondary education and Latin with a minor in music, Julie lives in Chicago with her family and enjoys reading, cooking, and watching all the television.
Connect: Site | Facebook | Twitter | Goodreads 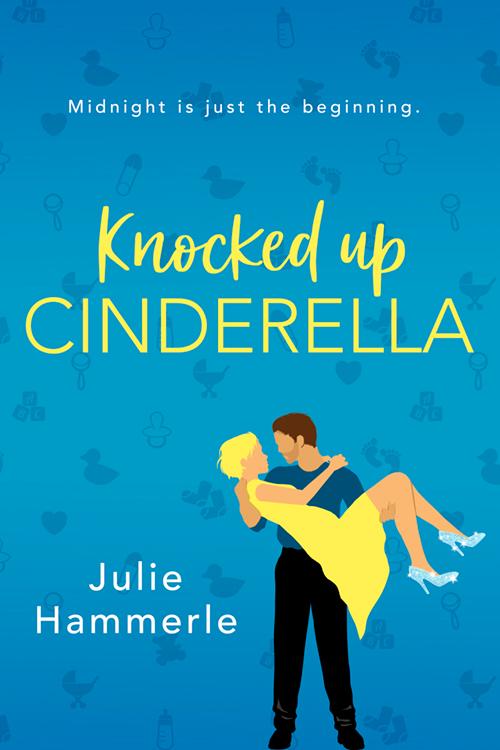 I’m a walking contradiction.
School principal who liberally drops the F bomb.
Fiercely independent yet willing to auction myself off for charity.
Serial monogamist who’s down for a no-strings one-night stand.
Except now I’ve gone from one-working-ovary to co-parent in the time it took a stick to turn blue.
F. Bomb.
Ian Donovan may be a richer-than-hell venture capitalist, but he’s no Prince Charming ready to sweep me off my feet. Good thing I don’t need him. I’ve been doing fine on my own for forty years, and I’m not about to start changing that now.
Ultrasounds, swollen feet, midnight cravings? Bring. It. On.
But why is it when you finally swear off men, you meet one who’s too sexy—and determined they can make it work.
F. Bomb.
Purchase: Amazon | Barnes & Noble | AppleBooks | Kobo