GIVEAWAY!
THE SOCCER PLAYER AND THE SINGLE MOM
by Kyra Jacobs 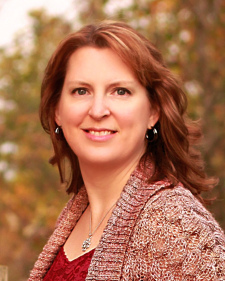 Kyra Jacobs is an extroverted introvert who has always called Indiana home. That means she’s well versed in fickle weather, pork tenderloin patties that don’t fit on a bun, and sarcasm. Putting her Indiana University degrees in Public Management to good use by day means Kyra does the bulk of her writing late into the night. Fueled by caffeine and funny memes, she weaves tales of love and relationships, including the humor and/or chaos both can bring. Kyra’s published novels range from sweet contemporary romance to chick lit and paranormal/fantasy.

When this Hoosier native isn’t at a keyboard, daydreaming through her fingertips, she’s likely outside, elbow-deep in snapdragons or on a sideline somewhere cheering (loudly) for her sporty sons. Kyra also loves to go bowling, tries to golf, and is an avid college football fan. 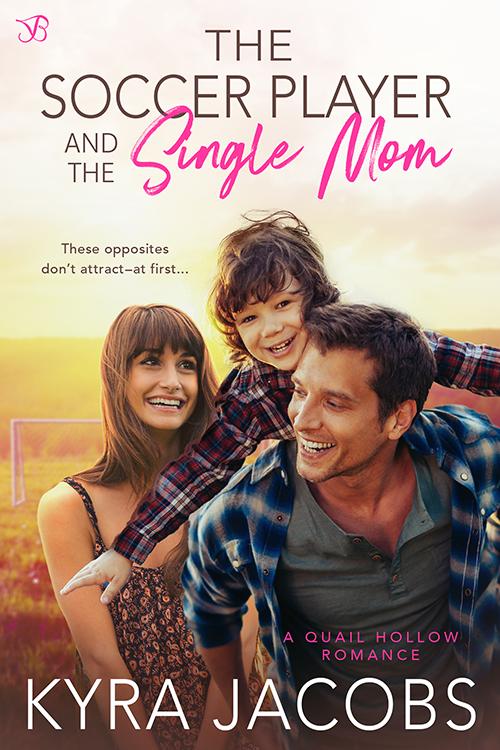 For most women, working for a sexy soccer star would be a dream come true. All except single mom Felicity Shaw. She has no interest in playing personal assistant for a stubborn, injured playboy—no matter how nice his abs are. But with bills piling up and mouths to feed, she can’t say no to the job.
That’s when it gets interesting.
The last thing Scott Gillie wants or needs is a persistent and entirely too distracting PA while he’s recuperating in his small hometown. Unfortunately, it’s not up to him. Then Felicity and her son end up temporarily moving in—all thanks to his meddlesome grandmother. Now temptation is right across the hall and it’s driving Scott crazy.
His only option is to fight fire with fire.
He never expects Felicity to do the same.
Purchase: Amazon | Barnes & Noble | AppleBooks | Kobo

Standing here toe-to-toe with Felicity, he found his resolve wavering.

Not that it would matter. Another verbal joust or two, he sensed, and she’d be on her way. As much as he hated the idea of upsetting her, her staying bothered him far more.

Across the room, a perky mambo-style song began to play. Felicity’s features quickly shifted from irate to worried. She spun from him to retrieve a phone from her purse.

Felicity turned and hurried toward the foyer, her voice a quiet rush. As she did, Edna rose from her chair and came over to smack him upside the head.

“What the hell is wrong with you?” she said in a hiss.

“What? You always said honesty should come above all else.”

That earned him a second wallop. “You can be honest and still use tact, you nincompoop. I expect you to apologize when she comes back.”

“No buts. If she’s been hired to be your personal assistant, then you let her. Heaven knows the poor girl and her son need all the help they can get right now.”

Scott hung his head. Saying it like that, Edna made him sound like some evil villain out to swindle a fair maiden. Not used to playing the bad guy, he tried to come up with a new plan.

Maybe they could work together to trick J.B. into thinking she was doing the PA thing. Because, aside from giving him a ride to his weekly doctor visits, there really wasn’t any other reason for her to be around. All he had to do was convince her to fib to his agent, and they’d both be better off. For the first time since this crazy arrangement had been sprung on him, Scott actually looked forward to his next conversation with her.

“Besides, that one’s a keeper.”

Oh no. He needed to put a stop to that kind of thinking, ASAP.

Scott threw his grandmother a warning look. “She’s not a date, Grandma. She’s my assistant.”

“Mm-hmm.” Her cotton-ball brows waggled. “Wanna put a wager on it?”

“Do we need to have another talk about your gambling problem?”

Felicity rushed back into the room, worry etched across her beautiful face.

“As much fun as it was arguing with you, Scott, I’m afraid I need to go. My penny-pinching landlord finally cut one too many corners, and the apartment connected to mine caught fire earlier. Our half is in the process of being condemned.”

Scott could hardly believe his ears. She was leaving? And not because of him?

He felt badly for her, truly he did. But silently? He did a mental fist pump.

“Condemned?” Edna cursed, and not under her breath. “I always knew that Harvey Gregory was a no-good miser. But honey, where will you go?”

“To my cousin’s, to see if she knows anyone who can spare us a room for the next few days. Or maybe she’ll just shoehorn us into her basement. I don’t know.”

Guilt ate at Scott as Felicity’s voice wavered. As much as he wanted her gone, his heart went out to the woman and her smiley, shaggy-haired son. How much of their world had just been destroyed by the fire? “Is there anything we can do to help?”

“No.” Felicity raised her chin, trying for bravado, but the sound was more of a hurt whisper. “My home, my routine. I’ll figure something out. I always do.”

His grandmother’s gaze cut to his.

“You can stay here with us.”